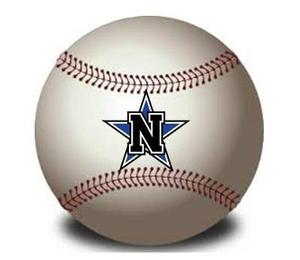 The Navasota Rattler Baseball team has advanced to playoffs and will be playing the Fulshear Chargers.
A best-of-three game series will be held at Klein Cain High School, 10201 Spring- Cypress Road Klein, TX 77070.

Mrs. Emily Nichols is the new principal of John C. Webb Elementary School for the 2019-2020 school year. Mrs. Nichols has been in education for twenty-one years serving in various roles from coaching at the middle school level to serving as the varsity head coach of both basketball and track. She has also worked for the Texas Extension Agency for four years. She has taught all levels from fifth grade to eleventh grade, and the past six years, she has been an administrator for Little River – Academy Independent School District, five years as the campus principal at Academy Elementary.
Emily is a 1993 graduate of Mt. Vernon High School in Mt. Vernon, Texas. Afterwards, she attended Northeast Texas Community College and Texas A&M University – Commerce where she received her B.S. in Kinesiology. She also received her M.Ed. in Educational Leadership from Lamar University.
Emily and her husband of twenty-six years, Mike, have five children, Zachary, Jake, Aaron, Gracie, and Hunter. Their oldest, Zachary and his wife, Carlyn, both teach and coach at Navasota as well.
“I am very excited to be a part of the Navasota family. I look forward to serving the Navasota community.”
Read More »

Mr. John Bathke will join Rattler Nation as the Principal of High Point Elementary for the 2019-2020 school year. Mr. Bathke is a 16 year educator that has spent time in various grade levels. He is a graduate of Rim of the World high school in California. He attended Baylor University for his Bachelors degree in early childhood education and the University of Houston for his Masters in administration and supervision. He has spent time as a teacher, coach, interventionist, and administrator. John and his wife Genesis live with their two kids, Evelyn and Jack and they are all excited to be joining Rattler Nation!
Read More »

After further investigation into the rumored threats made against Navasota Junior High School, campus administration and Navasota Police have identified the student who began the rumor shared on social media Tuesday evening. The student in question has acknowledged their involvement in creating this rumor and has made a statement retracting their prior allegation of an alleged threat made by another student against the school. The safety and well-being of students and staff is the top priority of Navasota ISD and misconduct of this nature will also be addressed and handled appropriately.
Read More »

The district has been notified that there is currently 18 wheeler traffic accident on Highway 105 west of High Point Elementary. Buses will be rerouted to avoid the traffic accident which may cause delays to the Plantersville and Stoneham areas. Thank you for your patience as we work to get the students safely home this afternoon.
Read More »

Navasota ISD and Navasota Junior High have both been made aware of a post circulating on Instagram tonight. According to campus administration the student in question has not made any threats toward the school or students. This is misinformation that has been fabricated by rumors.

District administration has been in contact with Junior High campus administration and Navasota Police regarding this false claim and will continue to investigate this incident. NISD will also continue to take all necessary precautions to keep all students and staff safe while at school.

We thank all students, parents, and community members that have brought this concern to our attention, allowing us to investigate and address any concerns. If you see or hear something, say something.
Read More »

NISD has three Pre-K-5th Grade campuses, the attached map shows where the boundary lines have been made. Please feel free to contact the Administration Office with questions you may have!
Read More »

5:00 p.m. Monday, January 28
Power has been restored at Navasota Junior High and we will have a regular school day tomorrow, Tuesday, Jan. 29.
A Big Blue thank you to Entergy Texas for their hard work and dedication to getting us up and running again. We appreciate you.

11:00 a.m. January 28--Currently there is no power at the junior high. Entergy is working to make necessary repairs. Navasota Junior High students are being moved to the High School Gym and rotated through lunch at the junior high one grade level at a time, as normal. School will release on a normal schedule.
Read More »