Dr. Musick is currently in his 30th year as an educator.  During those 30 years, he has served as a teacher, a coach, a middle school principal, a high school principal, and now a superintendent.  During his 17 years in the science classroom, he taught Physics, Chemistry, Applied Physics, Principles of Technology, and Integrated Physics and Chemistry (IPC).  Along with 14 years of high school coaching experience, he also coached baseball at the collegiate level for 2 years at Stephen F. Austin State University and East Texas Baptist University.

During his tenure as the head baseball coach at New Caney High School for 10 years, he helped to send 18 players on to the collegiate level, 5 players to the professional level, and 1 player to the major leagues.  His teams combined for 7 playoff appearances, 2 district championships, and 168 wins.  He was twice named Montgomery County Coach of the Year and in 2004 was named the Greater Houston Area Fellowship of Christian Athletes “Impact Coach of the Year”.

Dr. Musick was named the principal at Waskom Middle School in May of 2008 where he spent the 2008-2009 school year.  In May of 2009, he was named the principal at Waskom High School.  In 2010, Dr. Musick was selected as one of four high school principals in the state of Texas to serve on the “Small Schools Committee” for the Texas Association of Secondary School Principals (TASSP).  He served this term through the summer of 2013.  He has served as Superintendent of Schools for Oakwood ISD, Hubbard ISD, and, in January of 2017, was named the Superintendent of Schools for Navasota ISD.

He, and his beautiful wife Lauren, were married in June of 2007.  Lauren was the Children’s Minister at Immanuel Baptist Church in Marshall for 13 years serving children in Christian Education from birth through sixth grade.  After teaching Math and Science in public schools for four years, she is now an Assistant Principal at Navasota Jr. High.  The Musick’s have two daughters, Emma and Brennan, both students at Navasota ISD! 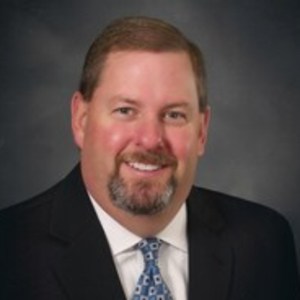